June 11th, 1963Alabama governor George Wallace takes a symbolic stand against racial immigration at the University of Alabama. He blocks a doorway on campus, defining a federal court order, allowing two black students to enroll at the school.

"I deem it to be my solo obligation and duty to stand for you, representing the rights in the provinces of this state and its people."

Wallace backs down after Alabama National Guard Troops under federal control are ordered to the campus.

In what's then South Vietnam, a Buddhist monk immolates himself in the capital Saigon, now Ho Chi Minh City. It's a protest against South Vietnamese leader Ngo Dinh Diem for his crack down on Buddhist. Diem is killed in a military coup months later.

Actor John Wayne, the silver screen legend known as the Duke dies of cancer in Los Angeles. He was 72. 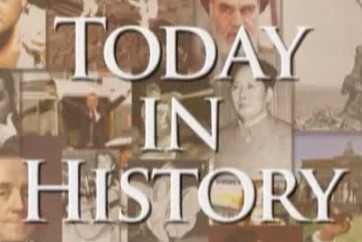