TOEFL Releases New App for English Test
Students around the world wanting help with the TOEFL English test have a new tool: a mobile app.
The "TOEFL official app" became available last week. Users can download it from the Apple App Store or Google Play.
TOEFL stands for 'Test of English as a Foreign Language.' Students must pass the test to get into many universities in the United States and other English-speaking countries.
It is made up of four parts: reading, listening, writing and speaking.
Test-takers will be able to use it for everything from registration and test preparation, to receiving their scores and requesting health-related accommodations.
"What we wanted to do through the app is to meet them where they are on their own terms and schedule, and on the devices they increasingly prefer to use," said Srikant Gopal.
He leads the TOEFL program at the non-profit Educational Testing Service, or ETS, and recently spoke with VOA about the new app.
After downloading the app, users can get material to help prepare them for the test.
They can also register to take the test. And, the organization says, users can see their test scores and send reports to schools they wish to attend.
Students also can search for the test centers near where they are, as well as find open seats for the test. This works through Google maps.
The app will be available everywhere in the world, except China.
Gopal said that TOEFL has a "very different registration system (and) a very different kind of arrangement with the Chinese authorities."
Companies in China must go through the Chinese National Education Examinations Authority. TOEFL has not decided yet whether it will work on such an app for China.
The TOEFL program has also introduced several test-based changes in recent months.
It has been cut from three and a half hours long to three hours long. The new, shorter test started in August.
TOEFL has reduced the number of questions in three of four parts of the test. The same language skills will be tested, and scoring stays the same, as well.
The test preparation materials will be changed over the next several months. 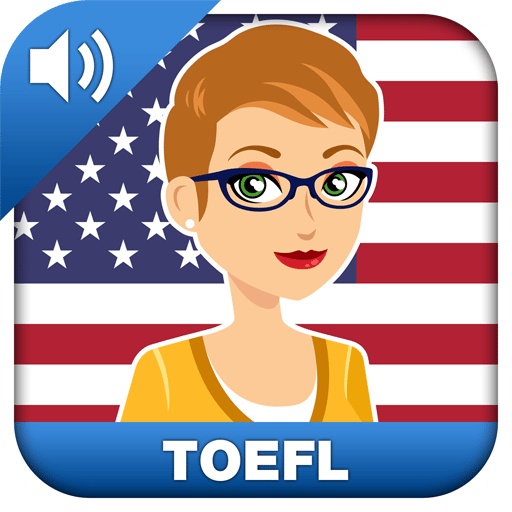 But all the existing official materials can still be used, because the test content has not changed.
The Reading section now includes three to four passages with 10 questions each. The section takes 54 to 72 minutes.
The Listening section now has three to four lectures with six questions each, as well as two to three conversations with 5 questions each. The section takes 41 to 57 minutes.
The Speaking section now has four questions instead of six. The section takes a total of 17 minutes.
The Writing section remains unchanged. It has two essay questions, which take a total of 50 minutes.
Also, the 10-minute break between the Listening and Speaking parts of the test remains the same.
Test-takers will be now able to get their scores more quickly. Students taking the test after October 26 can get their scores online in six days instead of 10.
The official score report will now also be sent to colleges and universities as early as nine days after the test date.
Another recent change is the so-called 'MyBest' scores. The company permits test-takers to use the highest scores they have achieved on each part of the test.
The scores must be from tests taken within the last two years. Students can use the app to send these 'MyBest' reports to universities.
The MyBest score "shows not just the student's performance in one single (test), but their potential" over time, Gopal said.
He said MyBest scores are popular with test-takers and schools alike. Universities like the MyBest because it can increase the number of qualified applicants.
More than 10,000 institutions accept TOEFL test scores from foreign students.
TOEFL is offered in over 150 countries around the world. It is mostly internet-based.
In places where internet connections are not strong, students take a paper version of the test.
I'm Jonathan Evans.