This is Scientific American — 60-Second Science. I'm Christopher Intagliata.
(Armstrong: Houston, Tranquility Base here. The Eagle has landed. Mission Control: Roger, Tranquility. We copy you on the ground. You got a bunch of guys about to turn blue. We're breathing again. Thanks a lot.)
Fifty years ago this July, when Apollo 11 made its historic landing on the moon, Houston heard the news almost instantaneously, within a second or so. That won't be the case for human astronauts exploring Mars, where the one-way delay in communications could be anywhere from four to 24 minutes. Which will make it nearly impossible to c﻿arry on a normal conversation. The result is that Martian astronauts will need to operate with a degree of autonomy space travelers have never had.
Leslie DeChurch, a professor of communication and psychology at Northwestern University, has studied the psychology and collective intelligence of simulated astronaut teams here on Earth.
"Not only did they live in isolation and confinement in an analogue, but they spent approximately 30 percent of their time experiencing extreme communication delay. Meaning between 30 seconds and five minutes one way was the fastest they could have any communication go beyond just the other three crew members that were inside their habitat." 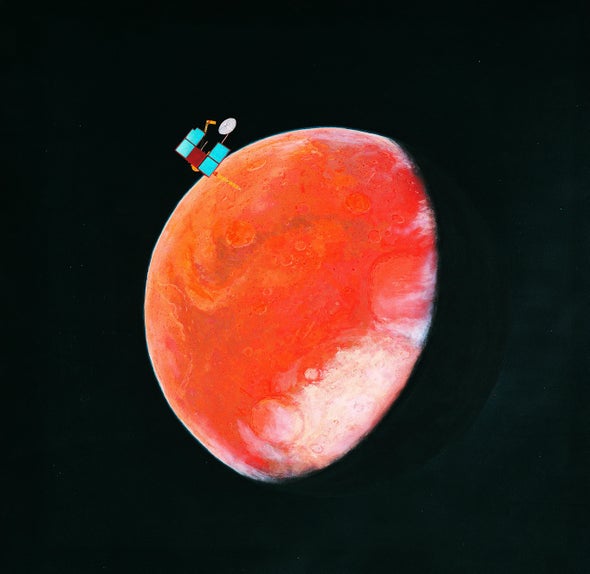 She spoke February 17th at a session called "Building a Winning Team for Missions to Mars," at a meeting of the American Association for the Advancement of Science in Washington, D.C.
"The nine teams we studied all showed improvement on what we would call behavioral dimensions of collective performance. That is their ability to time, coordinate, and sequence psychomotor activities improved."
"But let's talk about the bad news. As the teams remained in isolation and confinement for longer periods of time, their performance on what we call conceptual domains of performance, their ability to think together, to combine expertise, to solve problems creatively, declined with increasing time in isolation. Importantly, this is exactly what autonomy is going to necessitate of these future brave space explorer teams. They will be the ones who will have to autonomously c﻿arry out creative thinking, problem solving and decision making, with minimal assistance or at best remote assistance from teams back on Earth."
The hope is, by studying these simulations on Earth, we'll have a better idea which astronaut teams truly have "the right stuff" for a new era of space exploration.
Thanks for listening for Scientific American — 60-Second Science. I'm Christopher Intagliata.